What I didn’t find particularly nice, however, was how cramped the grip was, especially in comparison with my main camera, the Nikon Z6. Granted, it is unfair to compare the ergonomics of the two cameras, given that they are marketed towards rather different market segments and customers.

Nevertheless, the Nikon Z50 was still a capable camera that could bring very decent capabilities to the fold for Nikon shooters as a backup camera. I approached it as such, and to me, the grip was definitely an issue when I adapted the larger F Mount lenses such as the Nikon AF-S 300mm f/4 (I used the combination for birding as I did want the longer reach that the combi gave me)

Holding the Z50 with 300mm f/4 combination was quite a chore, as I usually gripped the tripod collar of the 300mm lens as I was trekking through the forest. The grip on the body was far too small for me to comfortably hold it while a heavy lens was mounted. I would imagine the limit to be the Sima 35mm Art f/1.4 that I also had and would sometimes use as a sharp 50mm on the crop sensored body.

For comparison, the 300mm f/4 weighs about 1.295kg while the Sigma 35mm 1.4 is 665g. The Z50 alone is 450g. The balance of the camera and lenses are also dependent on the dimensions of the lenses, which I have not listed here (obviously, the telephoto 300mm will be far more unwieldy because it is much longer).

Herein lies the usefulness of the grip. While it is by no measure a full battery grip made by Nikon like those for the DSLRs, having that extension really helps when offering more purchase for your hands.

The grip itself isn’t too heavy either (about 150-200g). However, it’s relatively light weight belies the metal construction. The grip itself feels sturdy, basically you are adding a metal plate to the bottom and side of the camera.

Additional benefits come in the form of a side horseshoe mount. Potentially, you can now mount your microphone / receiver on the side of the camera if you so choose. You could even mount 2 different things (for example, a light on top and a mic on the side).

Z50 users who use the camera’s downward flipping screen will also appreciate the multitude of quarter screw holes scattered throughout the bottom of the grip. The grip allows the camera to be mounted in an offset position and in portrait orientation if you want to be able to see the screen while mounting it on a tripod. Of course, if you want to mount the camera in the traditional position, feel free to do so.

Personally, I use the camera with a small table tripod with a ballhead, with a microphone mounted on the side of the camera with the camera mounted offset from the centre so that I can still see myself in the screen. Of course, this is a workaround since people using cameras with articulated LCD screens on their cameras don’t even need to do this to see themselves while filming.

Now, on to the issues I faced when using the grip. The main one would be that the grip basically blocks the battery and memory card compartment of the Nikon Z50. Unless you remove the grip itself, the compartment would be inaccessible. Basically, I would recommend fixing the grip after you have loaded a fresh memory card and battery into the camera and it is ready for use for at least a few hours of shooting. If not, the need to remove the grip in order to swap out the grip and card would be a very annoying endeavor.

Nevertheless, for an additional SGD$35, I feel the grip would be a good investment if you ever pick up the Nikon Z50, with the benefits and issues summarised below:

3 the additional 3/4 screw mounts allow you to mount the camera in various positions in addition to the traditional centre mount (offset, portrait)

5 the plate blocks the battery and memory card door, make sure you install a fresh card and battery before you fix the grip otherwise it will be annoying when you constantly have to remove and fix the grip again. 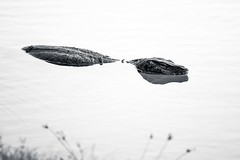 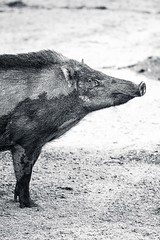 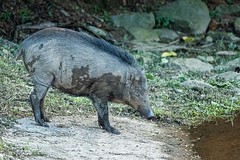